Hi there, Shellye with you today! I'm excited to bring a closer look at the "Winter Sparkle" layout that made its debut when the Glistening Collection was revealed.
I took these beautiful photos the day after Christmas...we received almost 10" of the white stuff on Christmas night...almost unheard of in Texas!  I wanted to mimic the rolling hills and valleys that were covered in snow so I created my own with paper. 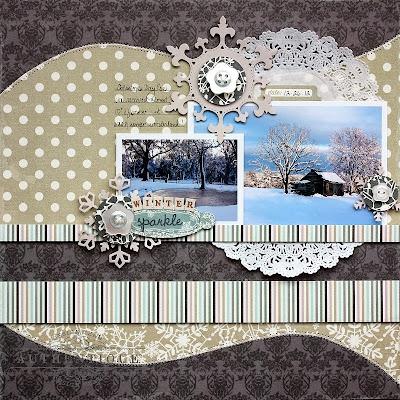 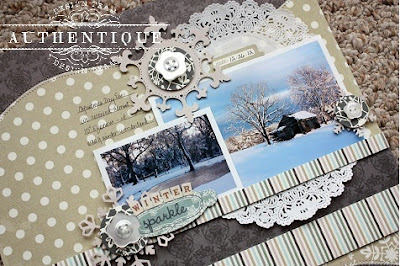 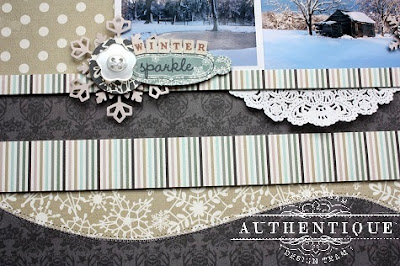 I had a blast playing with the patterns and trying to decide just which ones I wanted to use.  You have to admit that this is one stunning collection...love!
From one of the 6X6 paper bundle sheets, I cut three large snowflakes with a die by Spellbinders.  Next, each one was topped with a disc of paper punched from the back of the Components sheet and a button. 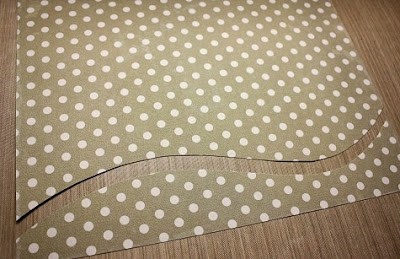 Although there wasn't much to creating the design, I thought it would be fun to point out that there are so many looks you can achieve from making this one cut.  First, draw a wavy line onto the back of the paper you are wanting to use and cut out. At first I thought this look above would be nice...and then I started shifting the smaller piece around and finally decided on the look that you see on the layout. 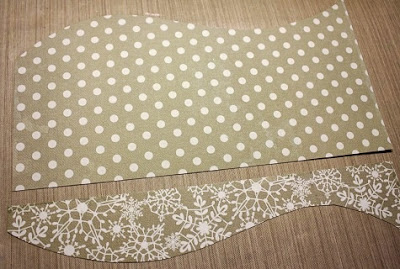 For even more contrast, add a strip of paper to separate the two designs or add even more wavy patterns!
There are so many things that you can do with plain 'ole paper;  I enjoyed thinking a little outside of my box with this one :)
Thanks for stopping by Authentique! 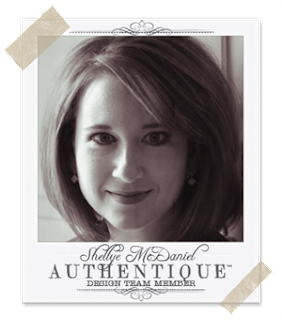