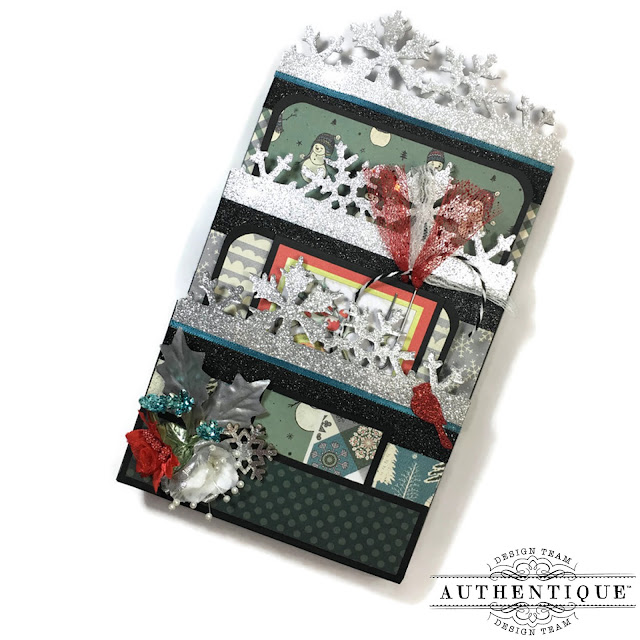 For today's project I have another cascading mini album. When I created my last cascading mini album back in October--it was a Halloween themed album made with the 'Twilight' collection.  In that post I mentioned that I was going to make another album but Christmas themed this time.  I was close!  I ended up making a winter themed album instead with the fabulous 'Snowfall' collection. 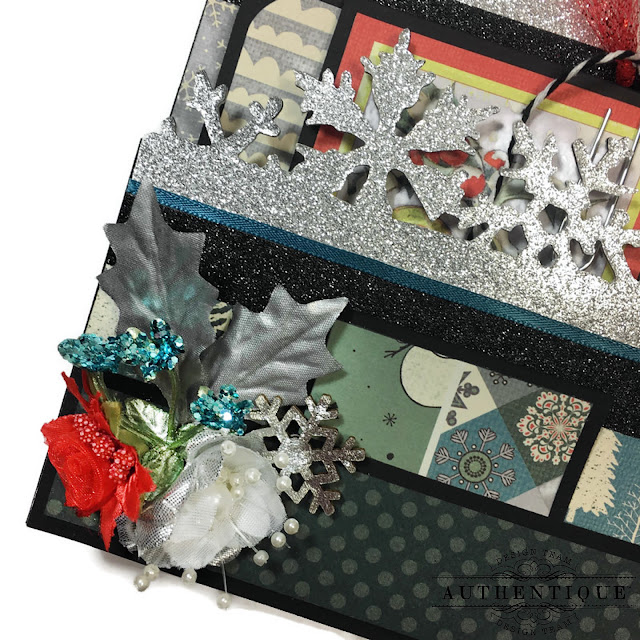 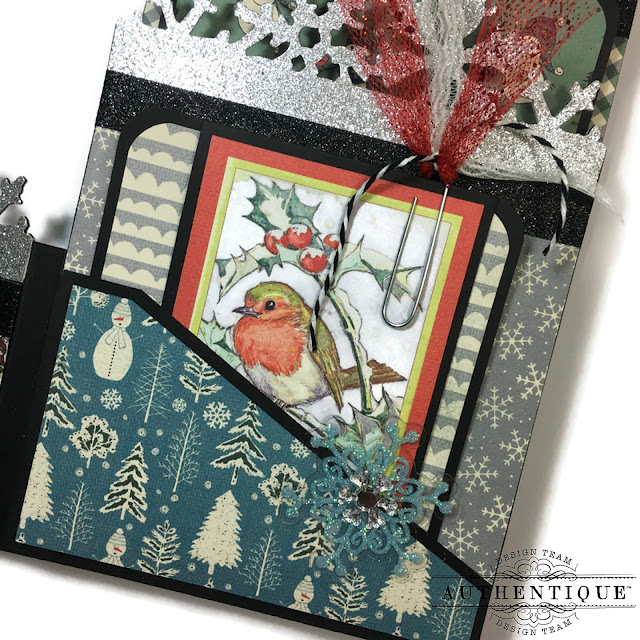 Since this is a Winter themed album & the collection is appropriately called 'Snowfall'--I've used a snowflake border die for this album.  The die is called Snow Flurries by Tim Holtz (Sizzix) and it went perfectly well with the overall 'snow' images of the collection. 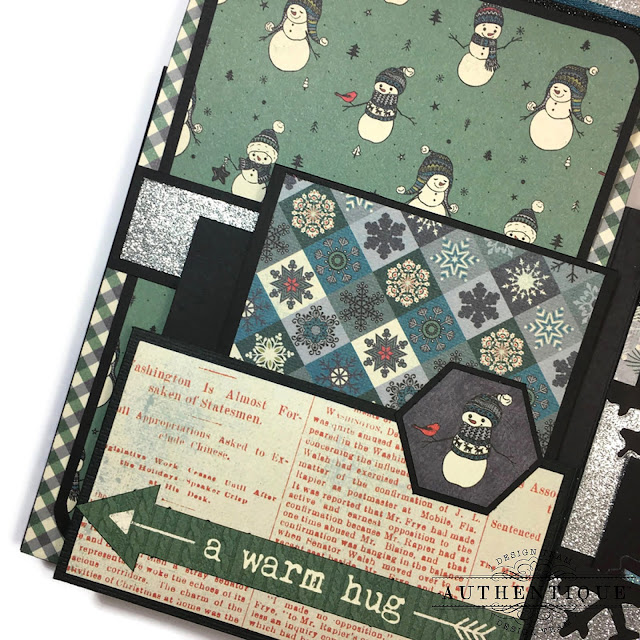 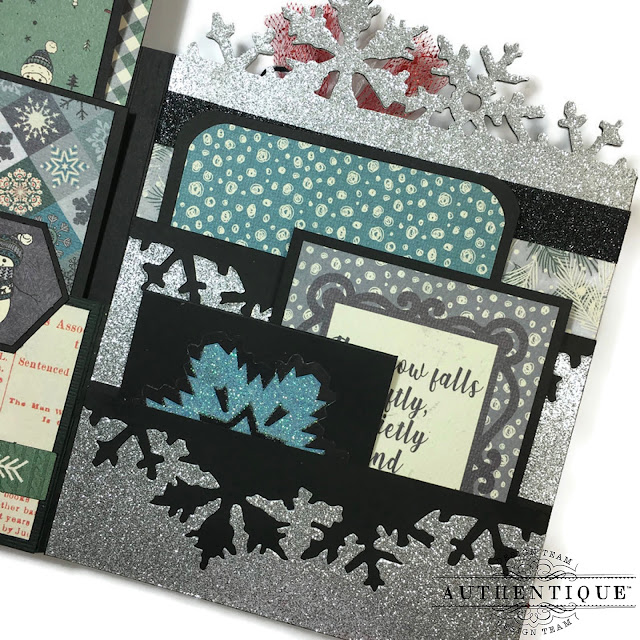 It has several pockets (including two swing pockets) a belly band & tags providing several ways for storing photos, journaling & any other memorabilia.

To decorate some of the pockets, I've used the negatives from the Snow Flurries border die cuts.  You can see an example of this in the photo above. 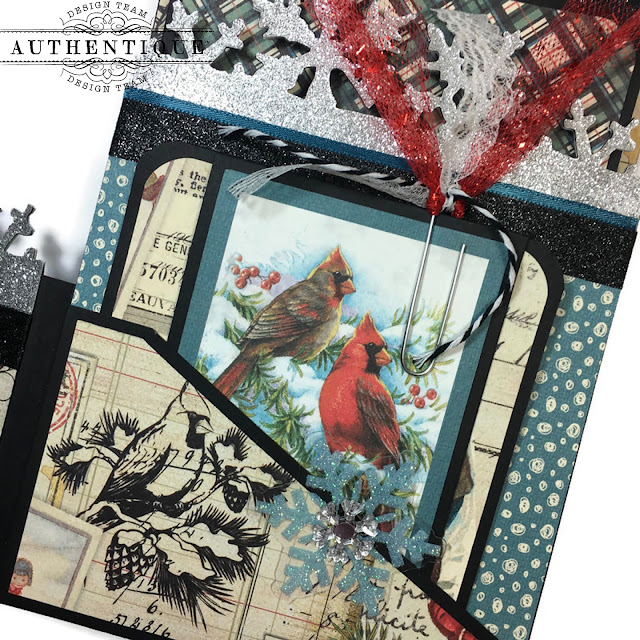 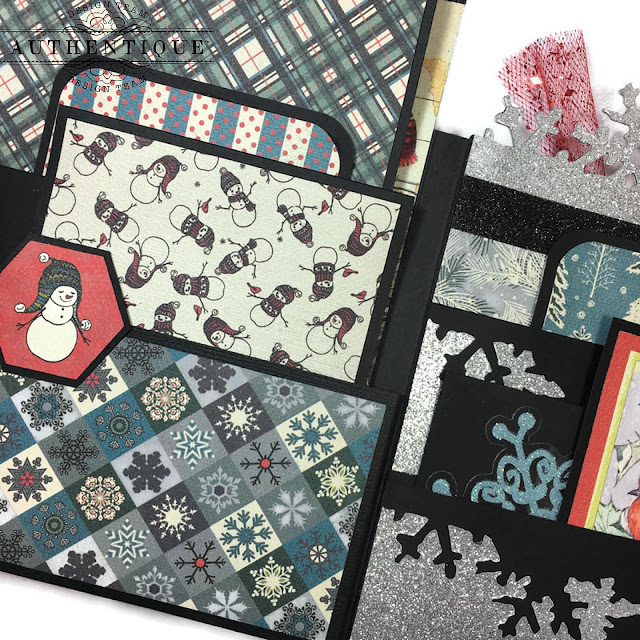 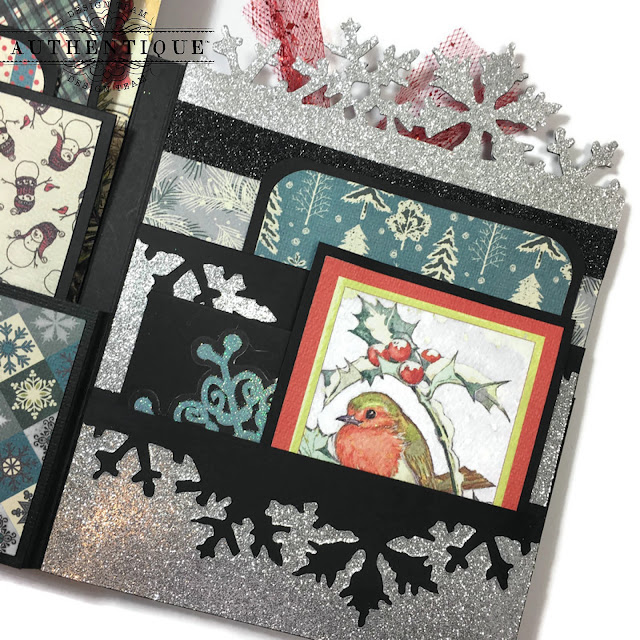 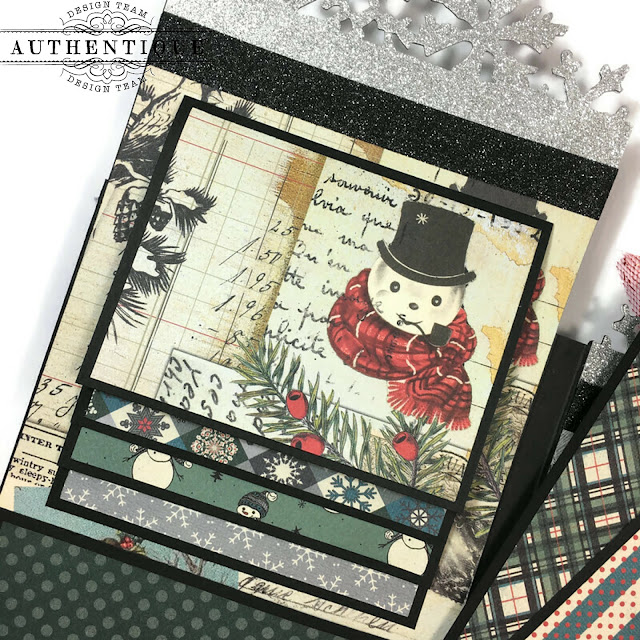 As seen in my 'Twilight' album--I did include a small waterfall in this album as well.  The waterfall photo mats measure 4 1/2" x 3 1/2" inches & are meant to store photos measuring up to 3" x 4" inches.  The waterfall can store up to 7 photos if both sides of the photos mats are used. 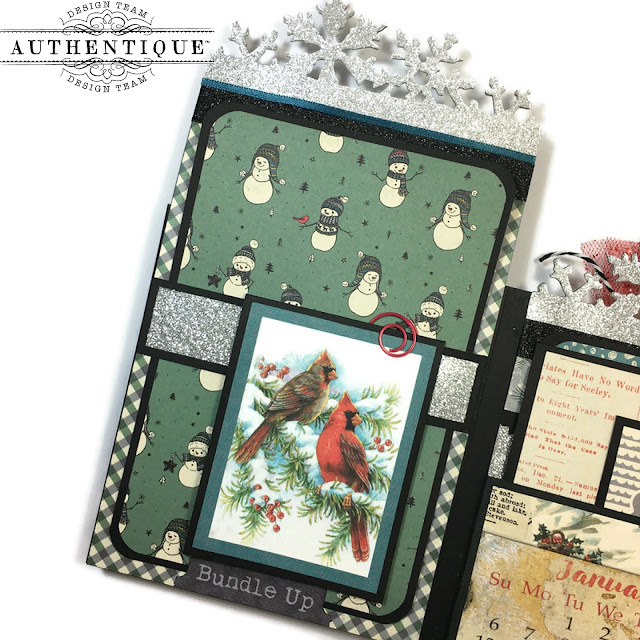 I hope this album inspires some of you to try your own cascading mini album. It's a versatile technique that can be applied for any theme.

Below are two videos. One is a walkthrough of the mini album and the second is for my cascading mini album tutorial which was the technique I used to create this album. 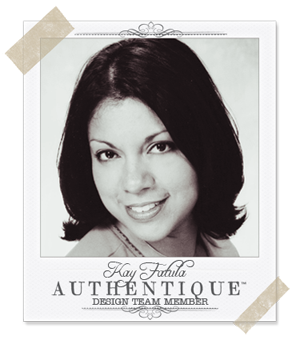