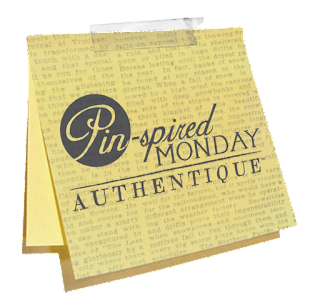 Herringbone always reminds me of Fall. Probably because it looks like tweed, and tweed reminds me of professors, which always makes me think of the start of school. Herringbone is very similar to chevrons, which are super popular now, but a little easier to recreate without a die cutting machine if you are so inclined. Here are a few of my favorite pins that all incorporate Herringbone patterns right now. 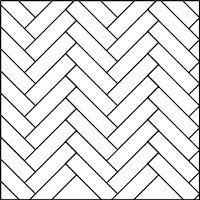 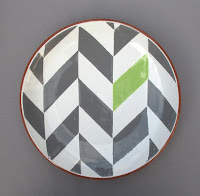 As you can see, the shape is fairly simple. I tend to like the squared off herringbone patterns. I saw this image of a print, and knew that I wanted to incorporate it into a layout.

I really enjoyed that the herringbone pattern was clearly evident, but it allowed for some of the negative space to minimize the busy pattern behind the white paint.

To recreate this look, I used my Cameo to create an overlay using a herringbone background file that I found in the store. I knew that I was going to use some of the pieces to fill in negative space, so was careful not to damage too many of them when removing them from the mat.  I really love the Studious paper, and knew that I needed to use it for my background. 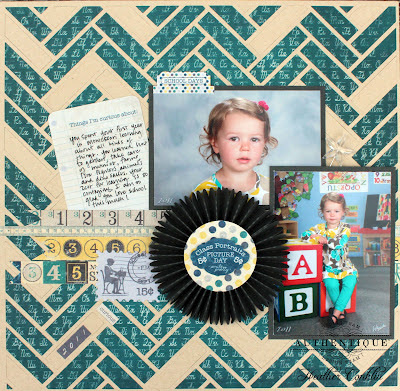 I just filled in spaces where I knew that my items that I also wanted to include were not going to cover. If you want to do something similar, I suggest placing pieces back, and gluing them down all at once. If you feel that something is missing, and you need more pieces, add more. 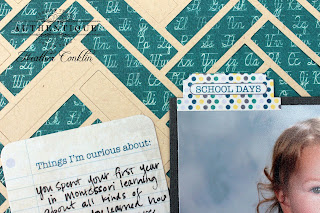 I also wanted to include a few details to make this special: a series of 3's cut from strips of the Interested paper for my daughter's age in these photos, a few stickers, a journaling block and a rosette that I also cut, then decorated with paper and a Details sticker. 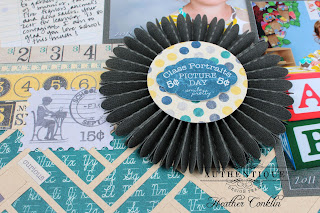 I had originally cut two rosettes, but they took over the layout, so I chose to add a Maya Road Trinket star instead. This large rosette is actually two cuts, that were both stretched so that they were taller than the original size. 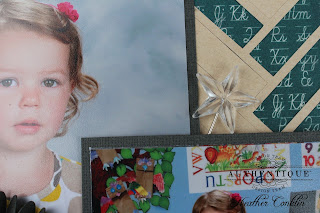 I really hope that you find inspiration for your paper projects in all kinds of sources. ~Heather 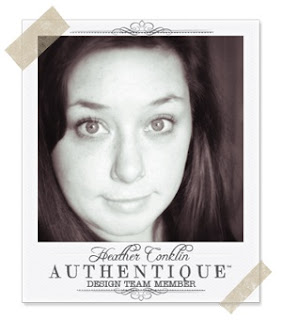