Everything You Need for a Birthday Kit with the Hooray Collection

Hello! Birthdays look a little different right now. Video birthdays, calling, being apart from the ones that you want to celebrate can be difficult. This Hooray collection birthday kit includes everything you need except cake! I'm sending this one out with a mug cake package so that my recipient can celebrate, even though I cannot be with them. 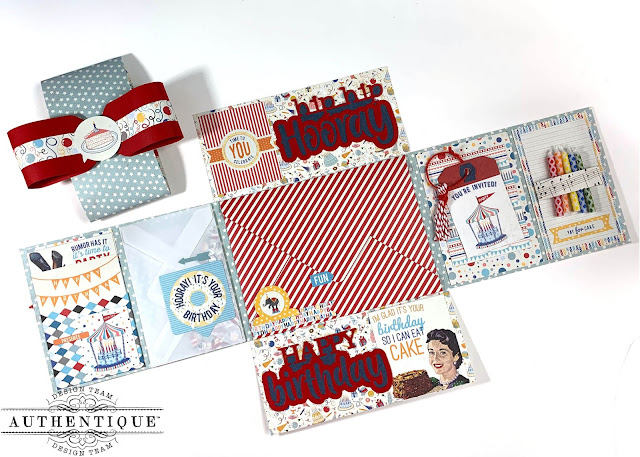 I started with a base of Hooray One, and cut that to accommodate the 5x7" envelope that I knew that I was going to make. I folded this about 3 1/4" on both sides, so that the envelope could be adhered to the center. The belly band was a larger strip of Hooray Three that I waited to glue together until the entire project was complete. The bow was a strip of cardstock layered with Hooray Three. A little bit of foam tape let the Details cardstock sticker stand out. 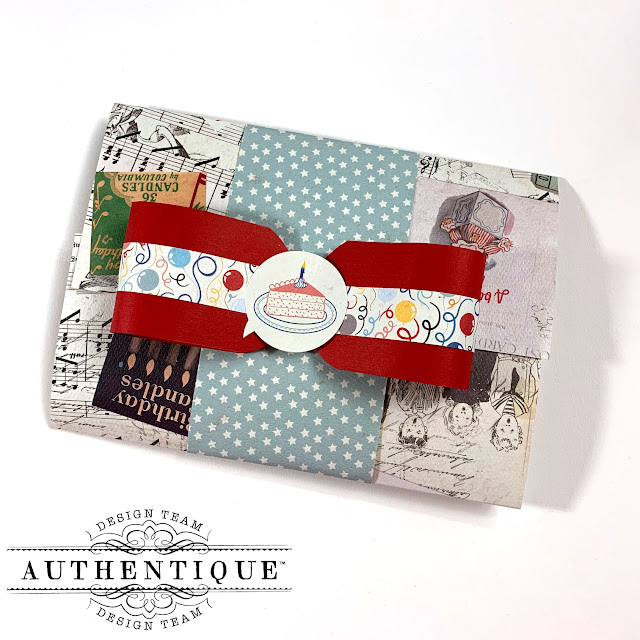 Inside, I took two large dies and created layered die cuts by tracing the outer edges onto a piece of Calendar collection cardstock (July) and another piece of red cardstock. The little bit of striped cardstock came from a leftover strip of Hooray Six after making the envelope. The banner pieces from the Details sticker sheet was perfect to create some interest as you are opening the birthday kit. 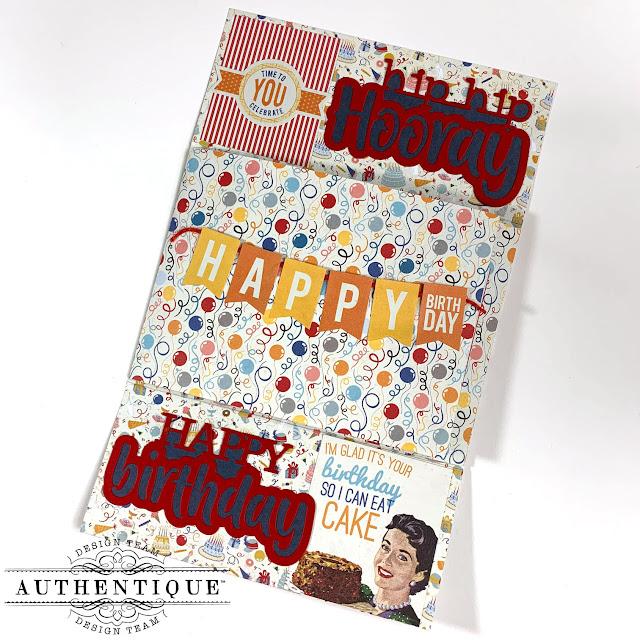 Another Details cardstock sticker and some more striped Hooray Six allow for some easy interest as the recipient opens the birthday kit. 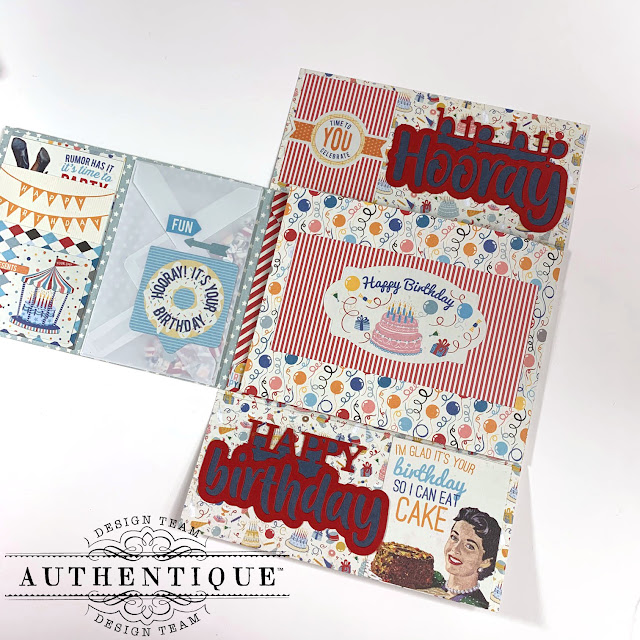 Once the entire birthday kit is opened, you can see all of the fun pieces that create this special project.

In the right flap, there is a tag (cut from the collage images on Hooray One using a die set) that is lightly adhered with a removable glue dot. This way, your friend can add that tag to their own present. The candles are also attached to the card using removable glue dots, and then banded to their card so they don't get moved in transit. This flap uses a combination of Hooray Two, Four, Eight and papers from the Hooray 6x6" Bundle. 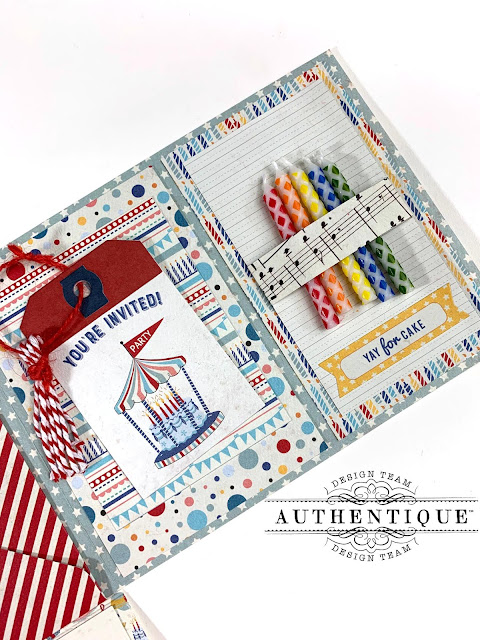 The right hand side has a little pocket created with pieces of Hooray Two and cutaparts from Hooray Eight. You could also use this pocket to tuck in a gift card. There is also an envelope (cut from vellum so you can see inside) created using an envelope tool that holds confetti created by punching strips of leftover paper once the project was complete. Once those are decorated with some of the Details stickers, they are perfect. 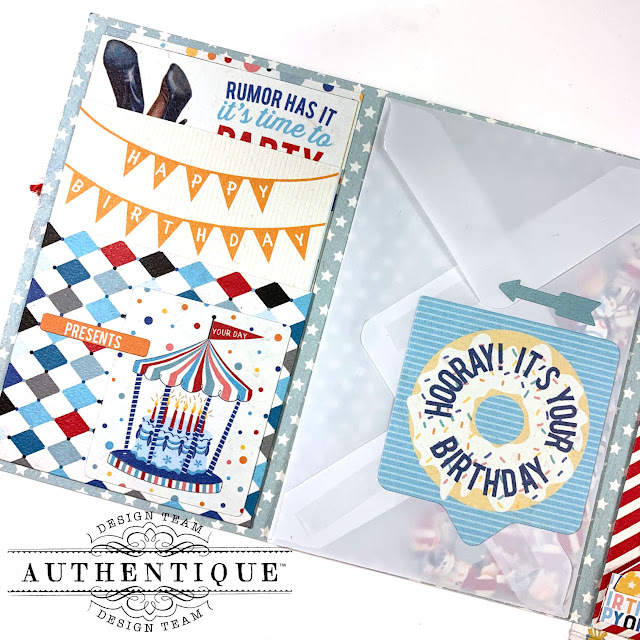 The large dies were perfect for this, as they filled a larger space were cut from red cardstock and the blue side of July cardstock from the Calendar collection. I really wanted to play off the red in the striped paper. 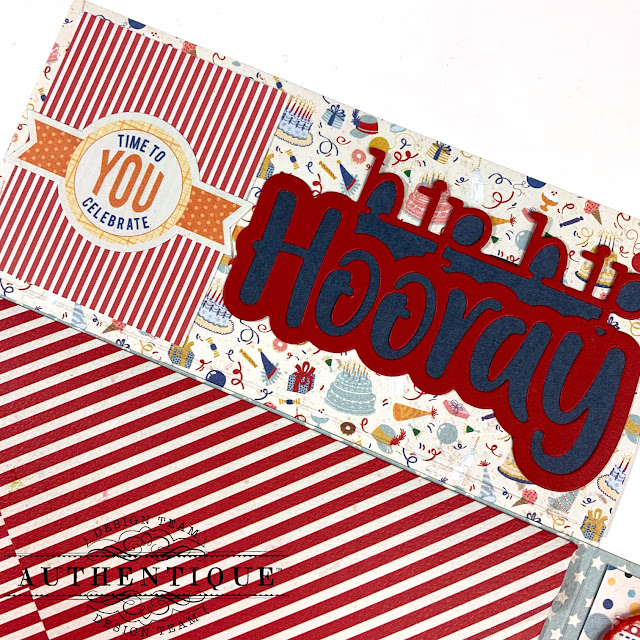 The bottom section uses another die from the same set, and a cutapart from Hooray Eight. To make the cutapart fit the area, it had to be cut down quite a bit. 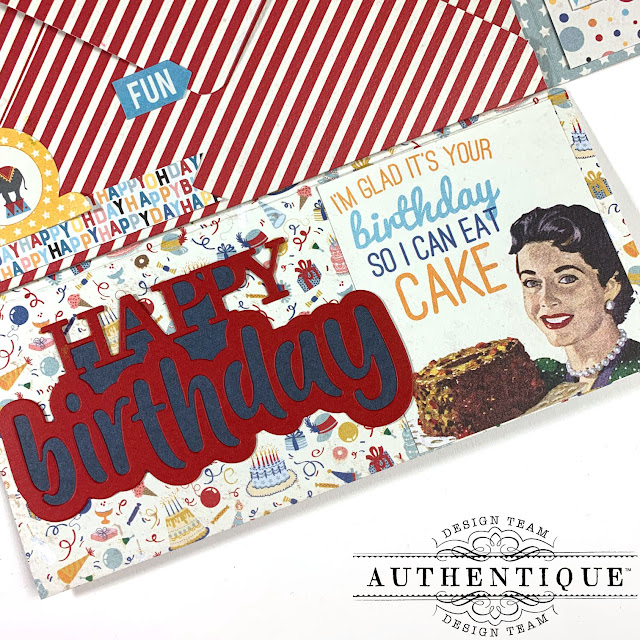 I kept the card inside this project flat so that it fit inside the envelope. I layered red cardstock with a Hooray Eight cutapart, a base of Hooray Two, and a pair of stickers from the Details cardstock sticker sheet. 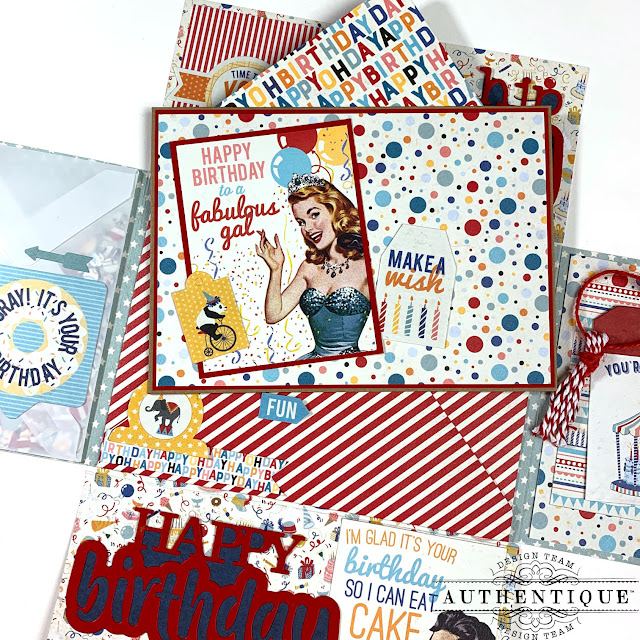 I cannot wait to send this on to a lovely friend. 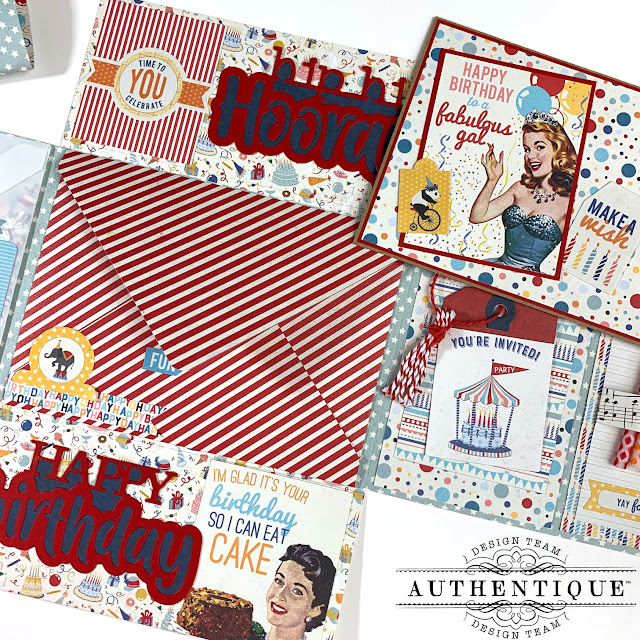 I hope that this inspires you to find alternate ways to celebrate your family and friends during this time. 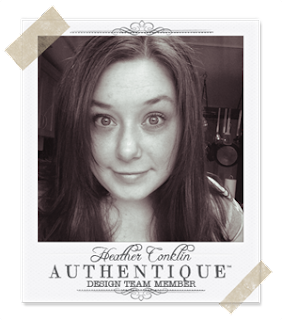