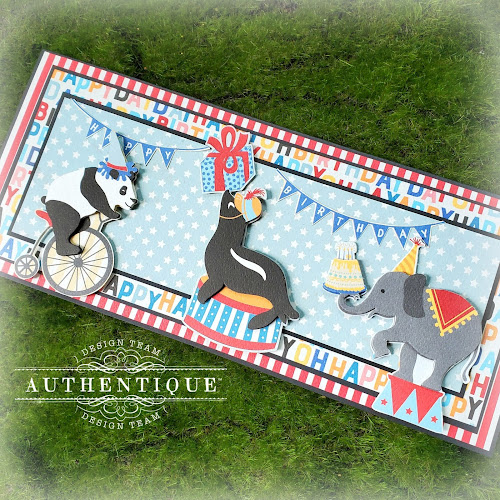 I love slimline cards and absolutely adore little, and sometimes not so little, creatures. So why not bring the two together?!
I used Hooray three (Stars)   Hooray six (Happy Birthday Words, Red and White stripes), and Hooray seven (Card Panels).
I knew from the get-go that I wanted those adorable circus animals front & center on my card. Do I cut out each panel then very carefully hand cut each animal out (the panda, seal, and elephant), including the little happy birthday banner from the panda panel. 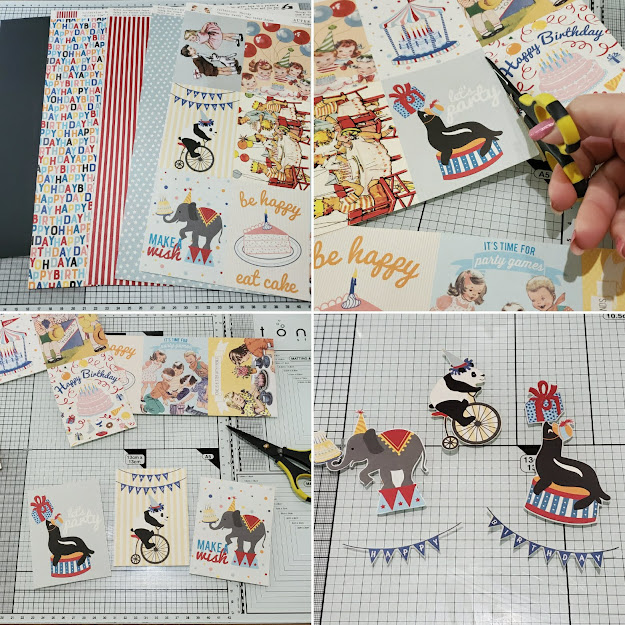 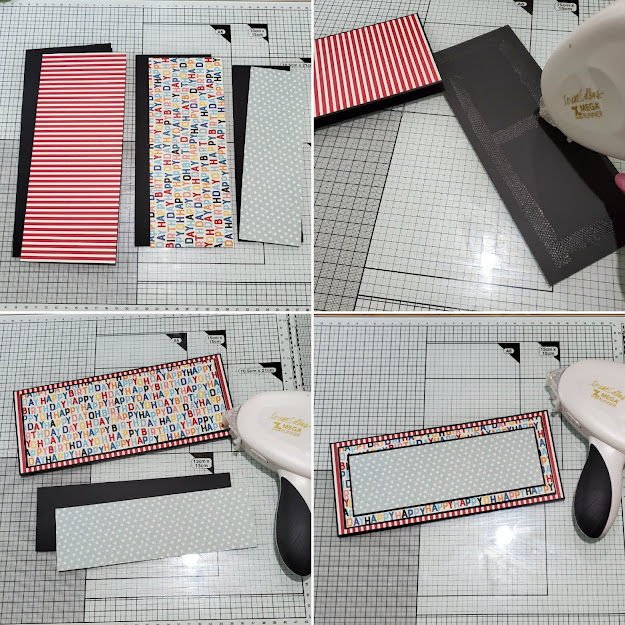 From 2 Card Panel (Hooray Seven) sheets,  I cut out the pandas, seals, and elephants. I wanted to give each animal dimension so cut the top layered piece slightly different from their bottom layer to give them the look as if they were on top of objects or if one leg was over the other.
I used pieces of adhesive foam behind each layer to give them dimension. And ran the tiny Happy Birthday banner through my sticker maker.
Then, I mounted all my pieces onto my card front. 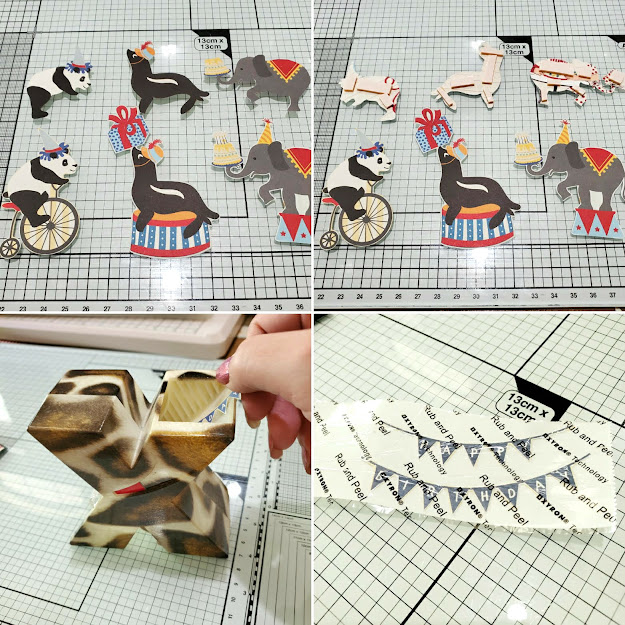 And here is my finished card... 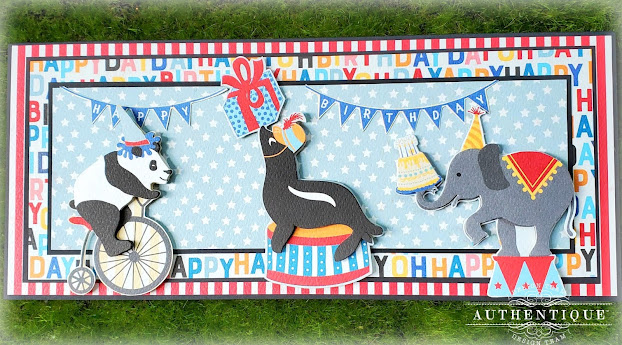 You can really see the details of the layers. Like how this panda is riding and sitting on this bike... 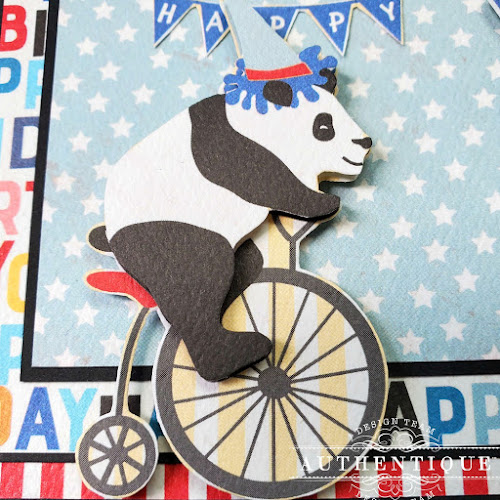 Or how this seal is standing on a drum... 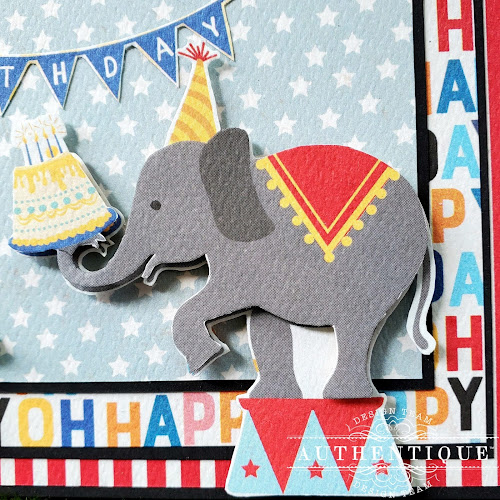 I really love how this card turned out and I hope you enjoyed following allowing along with me.
Thanks for stopping by! 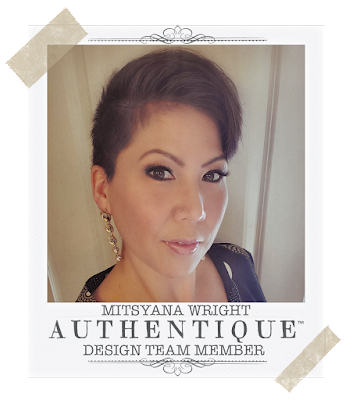